Why us Products Solution Pricing Resource&Support Contact Blog Forum
About WeTest Customer Success Stories
WeTest/The WeTest Blog/What is Gameplay Testing and how does it work?/

What is Gameplay Testing and how does it work?

What is Game Testing?

Game Testing is a software testing process for video games’ quality control, usually conducted in the post-production stage of the game development cycle. The primary goal of game testing is to discover and document defects in a video game and improve its overall security, stability, and performance.

As a part of the Game Testing, Gameplay Testing is an important component of the Total Quality Management Process of Tencent Games. It is a method used for game design testing, usually done before the launch of a game.

In this case, the Gameplay testing model was used to solve these issues.

The Gameplay Testing is divided into four dimensions: 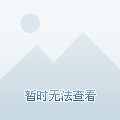 Functional Crowd Testing aims at finding generic problems within the game or its user interface, such as checking color, font size, messages, and audio quality, etc.
This type of ******* usually conducted by 10,000+ testers to ensure quick feedback on defects.

The Gameplay Crowd Testing reduces its tester size to 1000+ players. However, it offers a one-stop solution for the overall Gameplay optimization by analyzing specific requirements of the game developers and distributing the tasks in a more organized way.

This process is supported by millions of registered players, the management distribution platform, and a professional game assessment team, to ensure more customized and efficient solutions to the game.

The Competitor Evaluation process usually covers an evaluation of 3–5 competitors of the game. It mainly focuses on analyzing the gameplay design of similar games, identifying their respective advantages and disadvantages, and giving an overall improvement strategy.

The Core Gameplay Evaluation focuses its test cases on specific gameplay scenarios. It analyzes a particular game feature by setting different data variables and values to the game and executing it in the runtime environment.

The overall framework of Gameplay Testing is the first step of ensuring a high-quality game.

change
1It prompts that the file path does not exist when the script is run in the cloud
2What is Gameplay Testing and how does it work?
3Does the upload.dir directory need to be created by the script?
4Why does it shows that debugging session is over even if I didn’t end the test?
5WeTest got appraised with CMMI Maturity Level 3 certification for its R&D management capabilities
6Tips to Overcome Test Automation Challenges

1How to automate Unity Games using Altunity Tester In today’s competitive mobile market, mobile app development teams have realized that they need to speed up the pace of releases to meet their customer expectations.
2WeTest got appraised with CMMI Maturity Level 3 certification for its R&D management capabilities Recently, WeTest, Tencent’s quality service brand, successfully gained CMMI Level 3 certification, which indicates its R&D and management capabilities is recognized globally.
3Insight On Special Test of Explosive Games: 51CTO Interview with PerfDog Founder Wensheng Cao Mr. Cao shares with us his practical experience in the field of game testing.
4How to Efficiently Test iOS Apps with Appium on WeTest To ensure the quality of our iOS Apps during development and testing, we decide to use Jenkins jobs to test it on WeTest cloud devices for every update of our app. After investigating various tools, we use gtest + gmock as the unit test framework and Appium as the UI test framework for the SDK.
5PGC Digital: How unceasing QA testing increases mobile game profitability WeTest’s Connie Fu and Gunther Gong explain the importance of continued QA testing
6Why top publishers rely on WeTest for QA services WeTest is a one-stop game quality assurance service for the full development life cycle of games, from R&D through to live-ops.
7How Performance Testing Tool Helps us Improve Game and Application Quality Nowadays, the #performance testing tool# has been applied to games and applications widely.
8Imagination and Tencent WeTest carry out in-depth cooperation to help developers obtain key report o WeTest’s PerfDog tool adds more than 80 GPU Counters across all platforms and architectures, providing developers with detailed interpretation on data indicators of PowerVR GPU
9What is Gameplay Testing and how does it work? Game Testing is a software testing process for video games’ quality control, usually conducted in the post-production stage of the game development cycle.
10WeTest Case Study: A Battle Royale Mobile Game This case provides a best-practice model for the mobile game industry, demonstrating how to update QA management using modern technologies and automated tools.