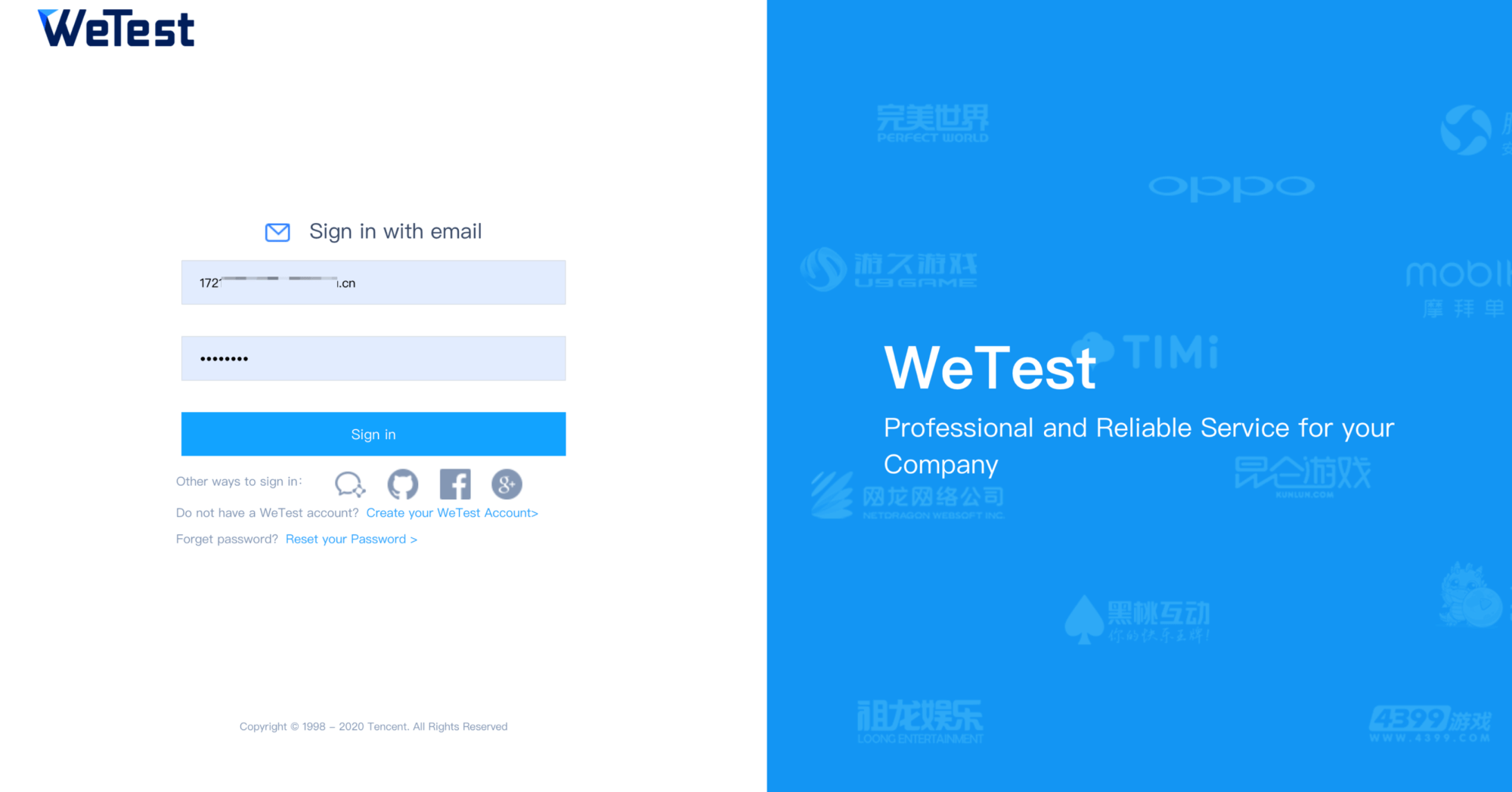 After the login is successful, it will jump to the ‘Overview’ page. If there is a project, you can select the project to switch in the drop-down box. If you do not belong to any team, the demo project will be displayed. If you accessed both the Android and IOS platforms, you can also switch between the two platforms and view the data under the corresponding platform.

The overview page distinguishes between the ‘latest operation version’and ‘latest development version’, which is used to quickly understand the performance status of the game of the day. By default, the FPS average value of the version, the PSS peak value, and the data of the network distribution of the past 24 hours are displayed respectively. 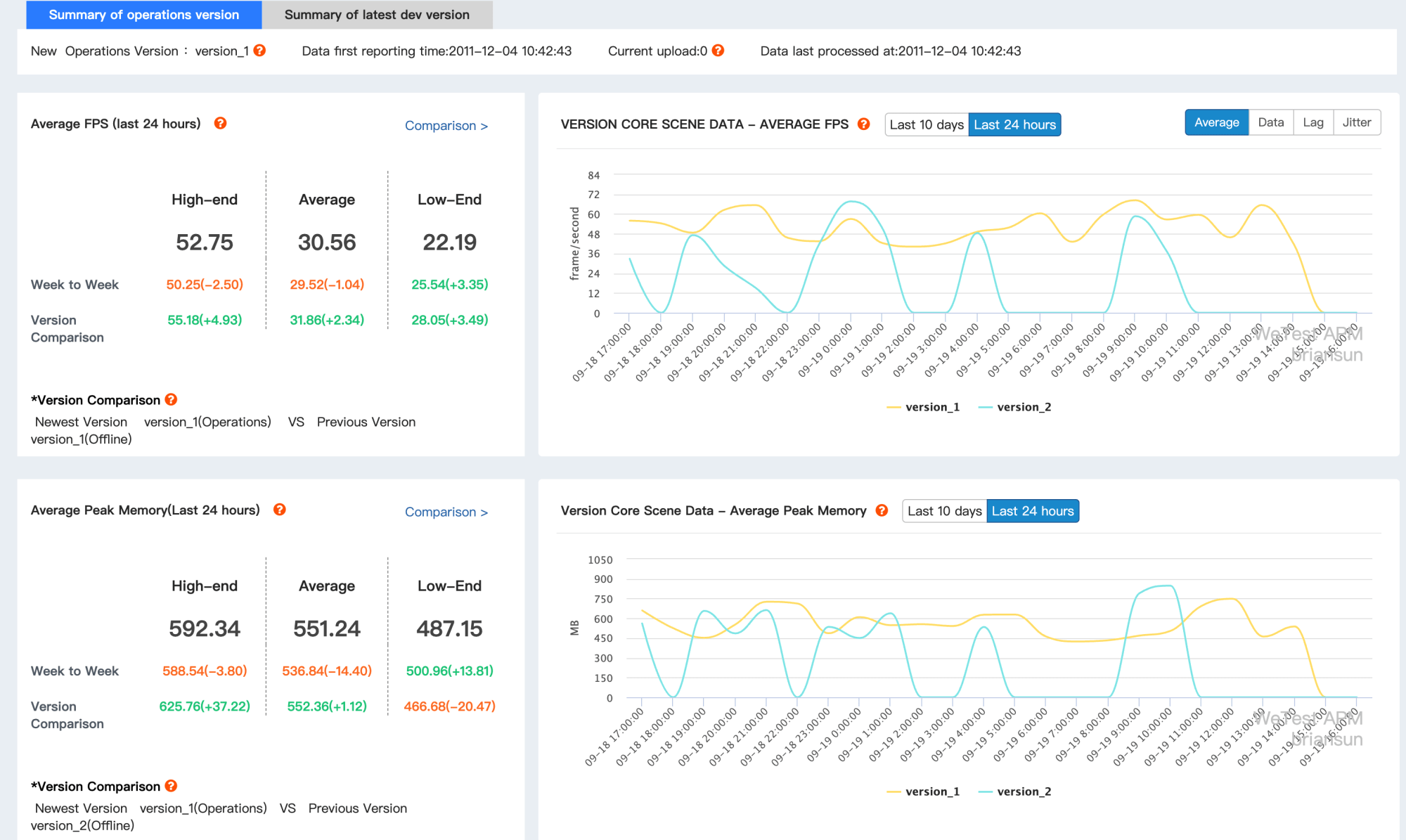 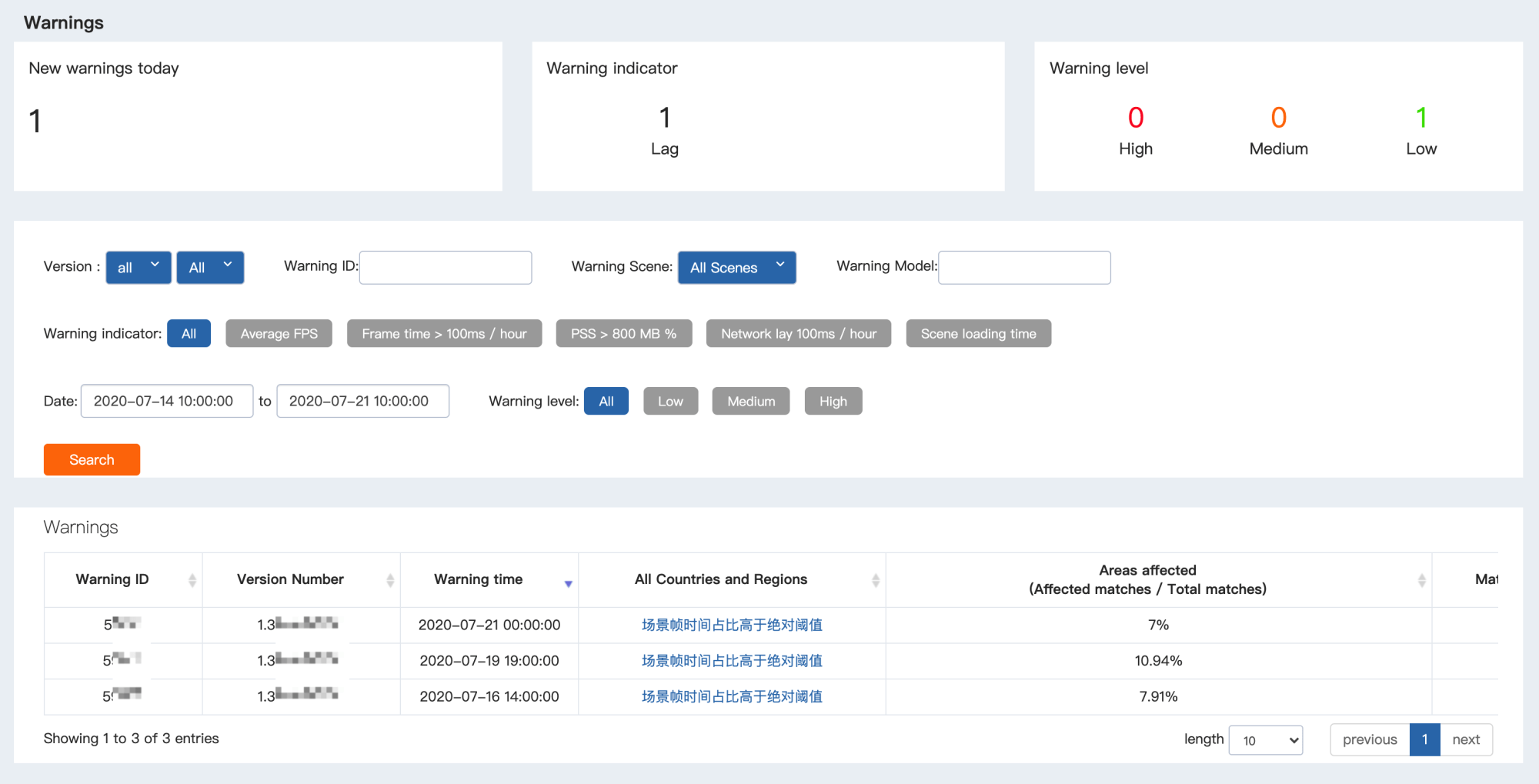 As shown in the figure above, click the alarm issue, ‘Network delay is higher than absolute value’ to jump to the alarm details page. 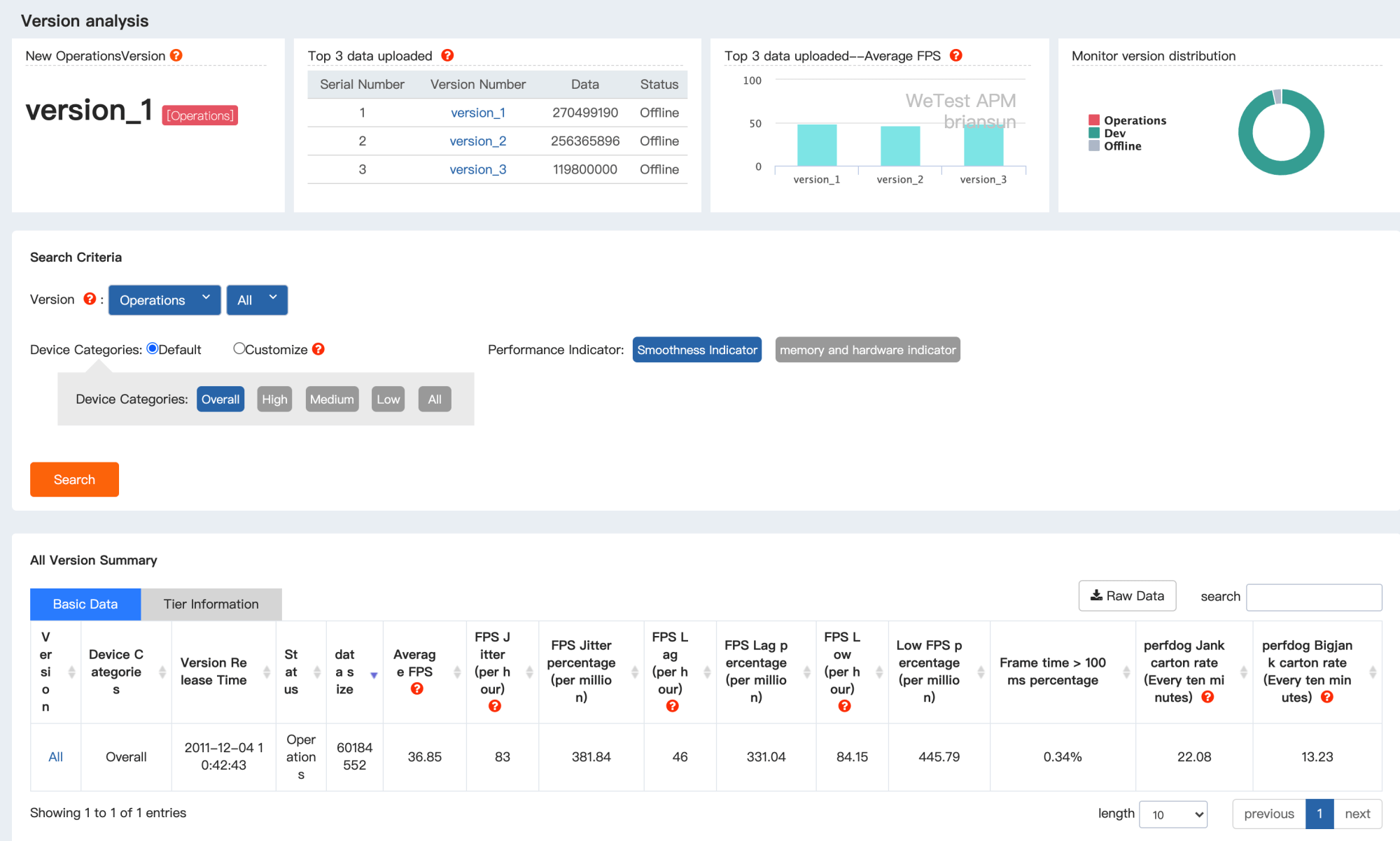 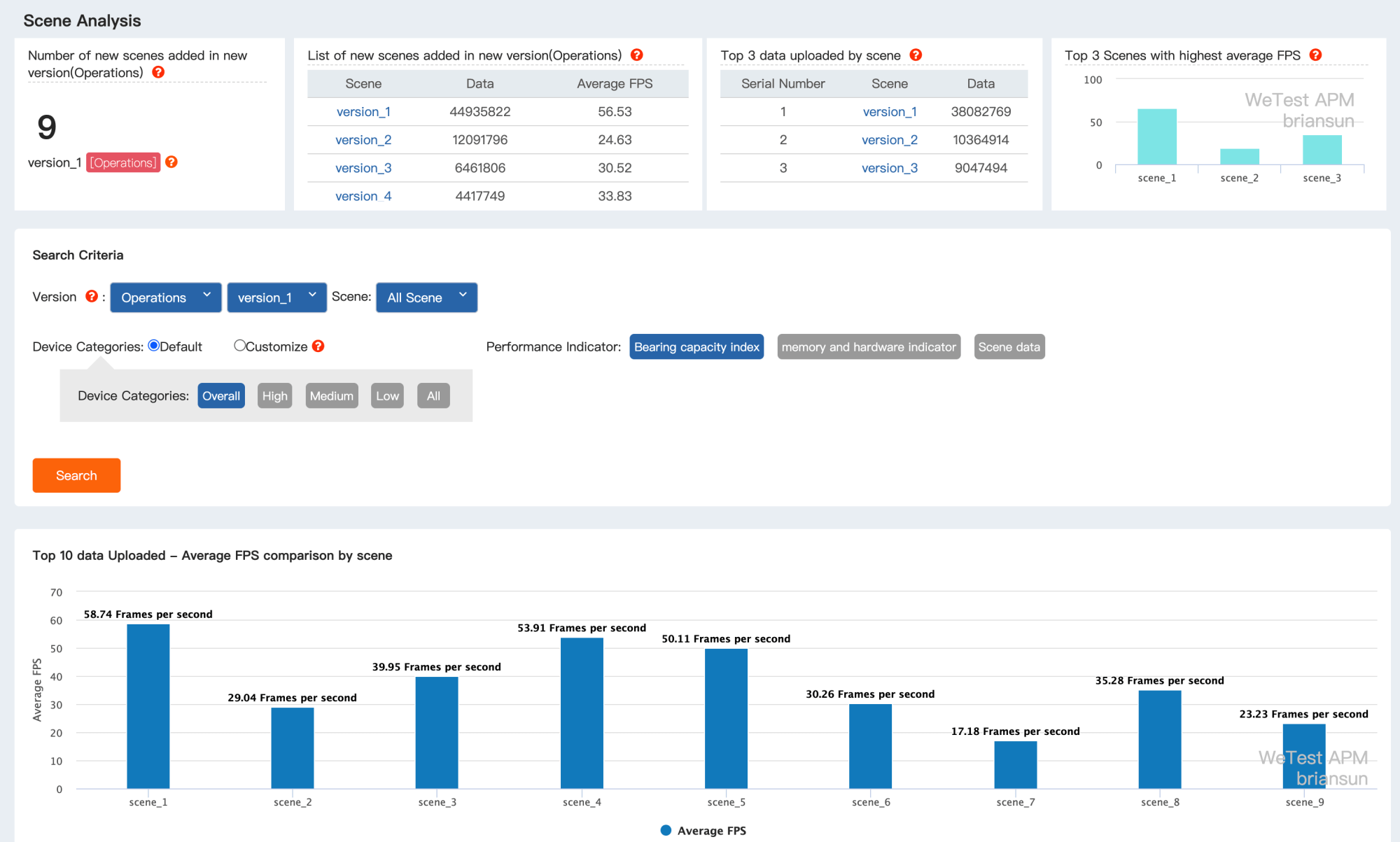 Model analysis: shows the performance data of each model of a certain scene for a certain version, and the user locates specific problematic models; 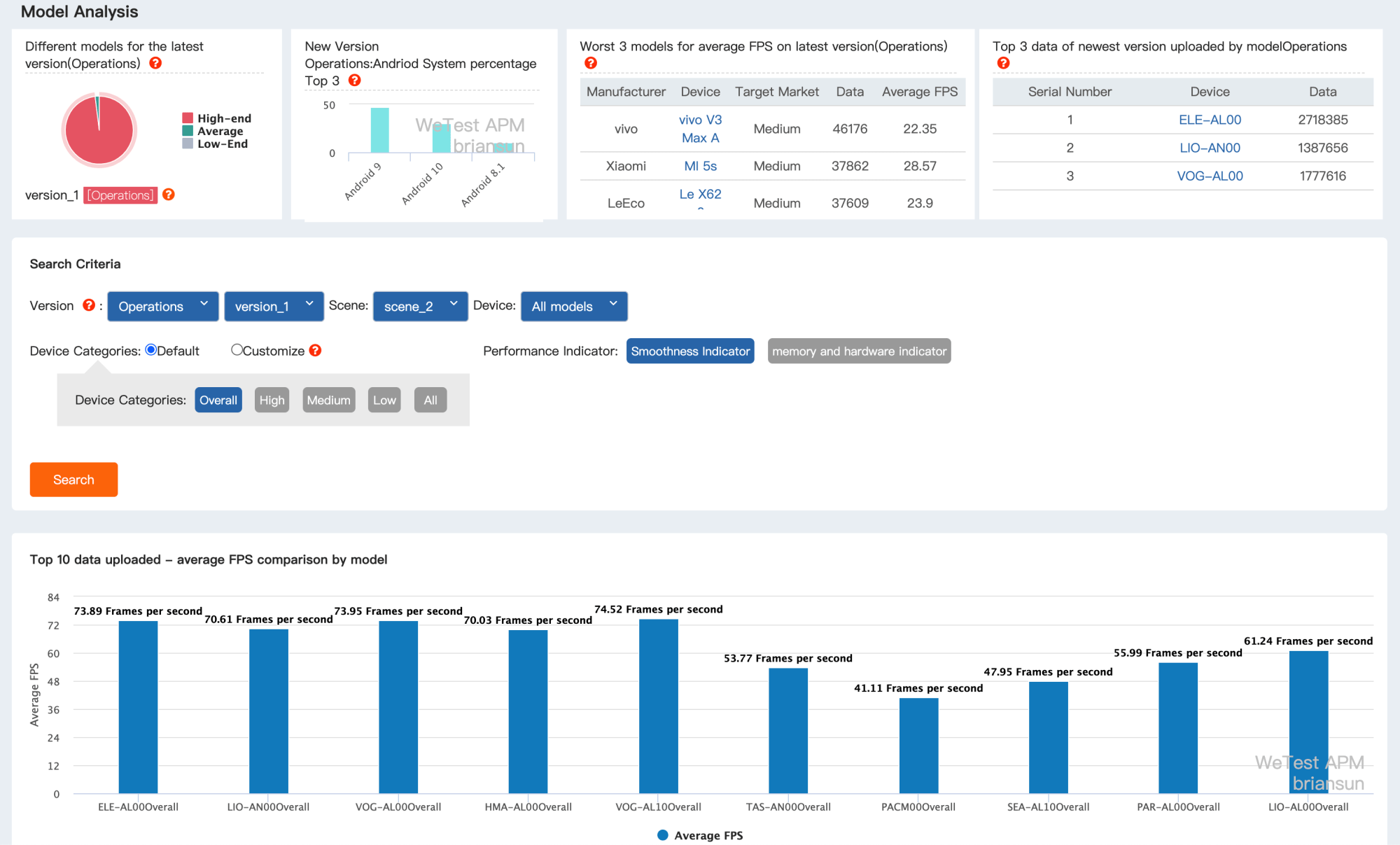 The single-user query function can quickly reproduce and locate the performance problems raised by external network users. Enter the user’s Openid. You can query the user’s game details for nearly 30 days. According to the user’s model, scene and game time, you can quickly view a detailed performance curve for the current game.

Click on the ‘Details’ above to view the specific performance curve. 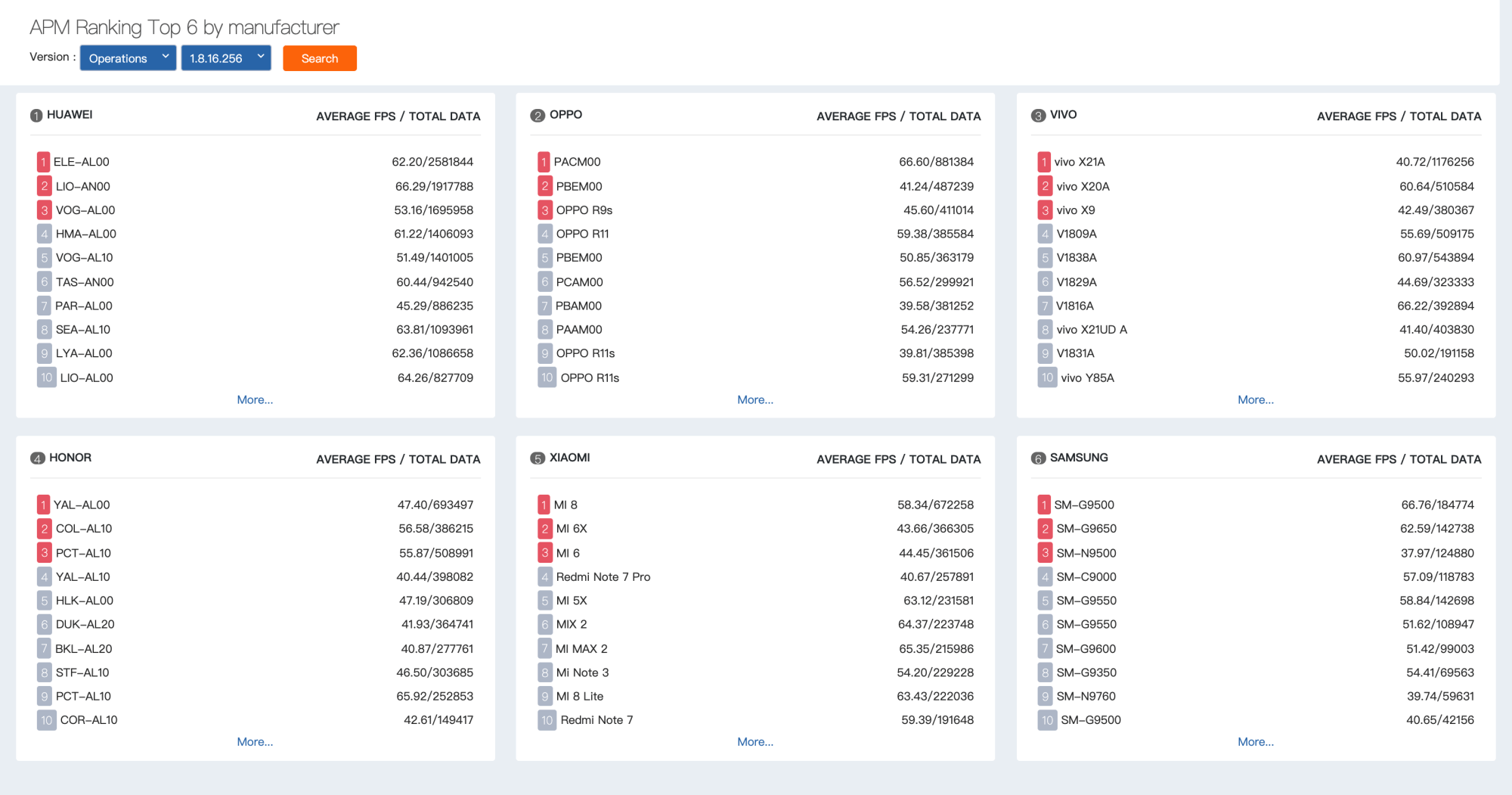 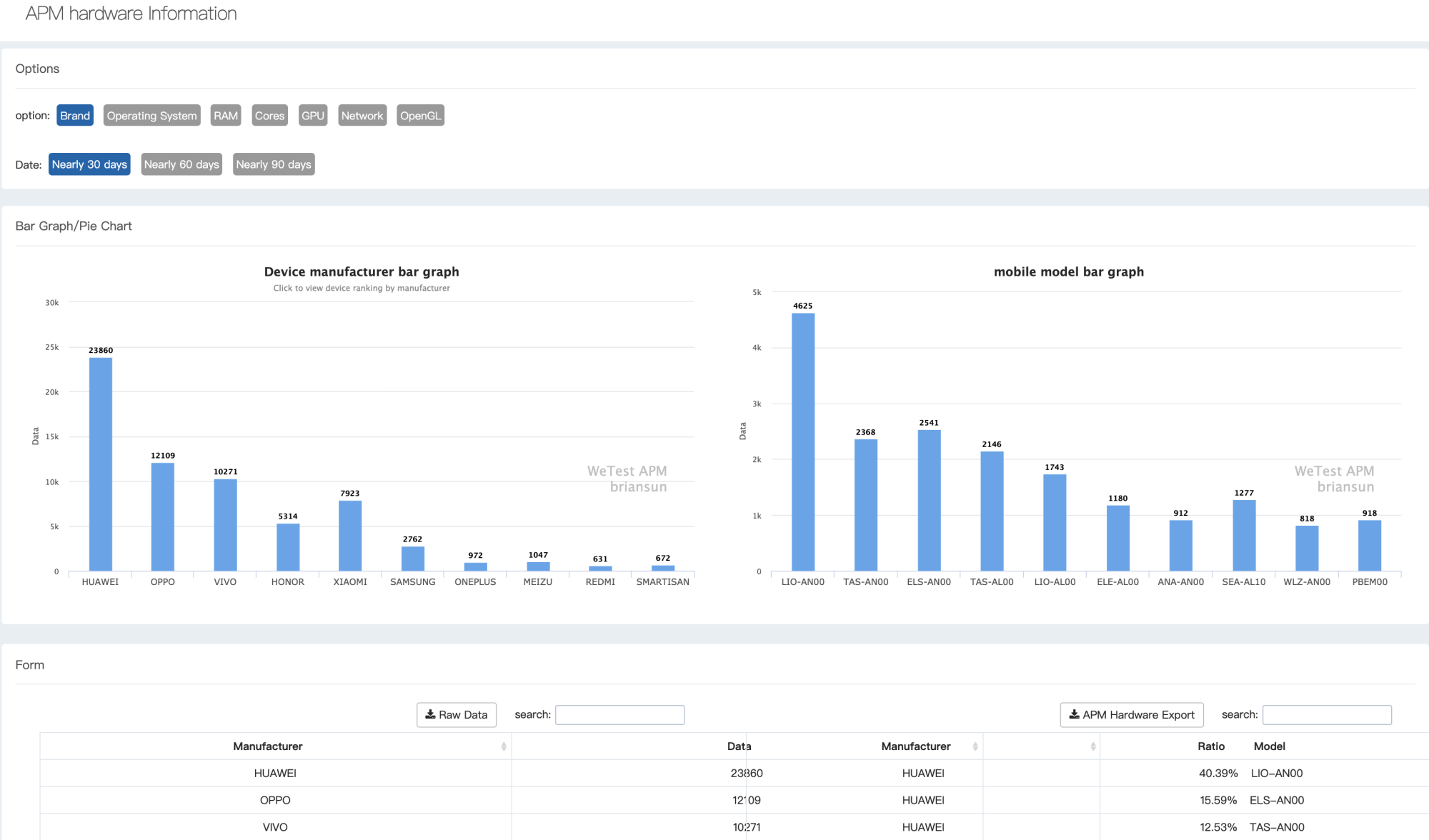 GPU data: shows the GPU of the game and its openGL ES version distribution and FPS performance of external network players in the game for a certain period of time. It is used by developers to discover some of the GPU problems. 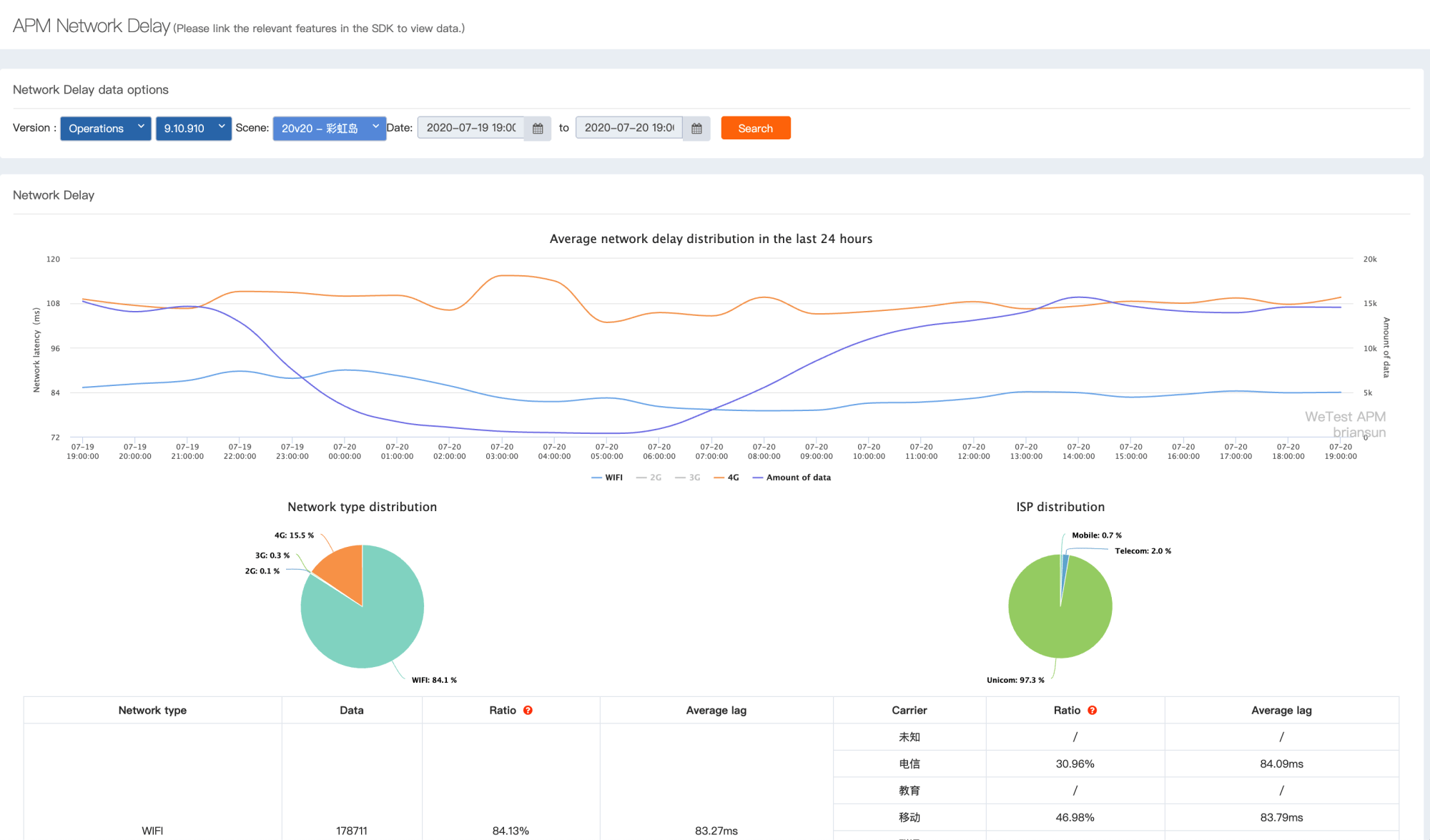 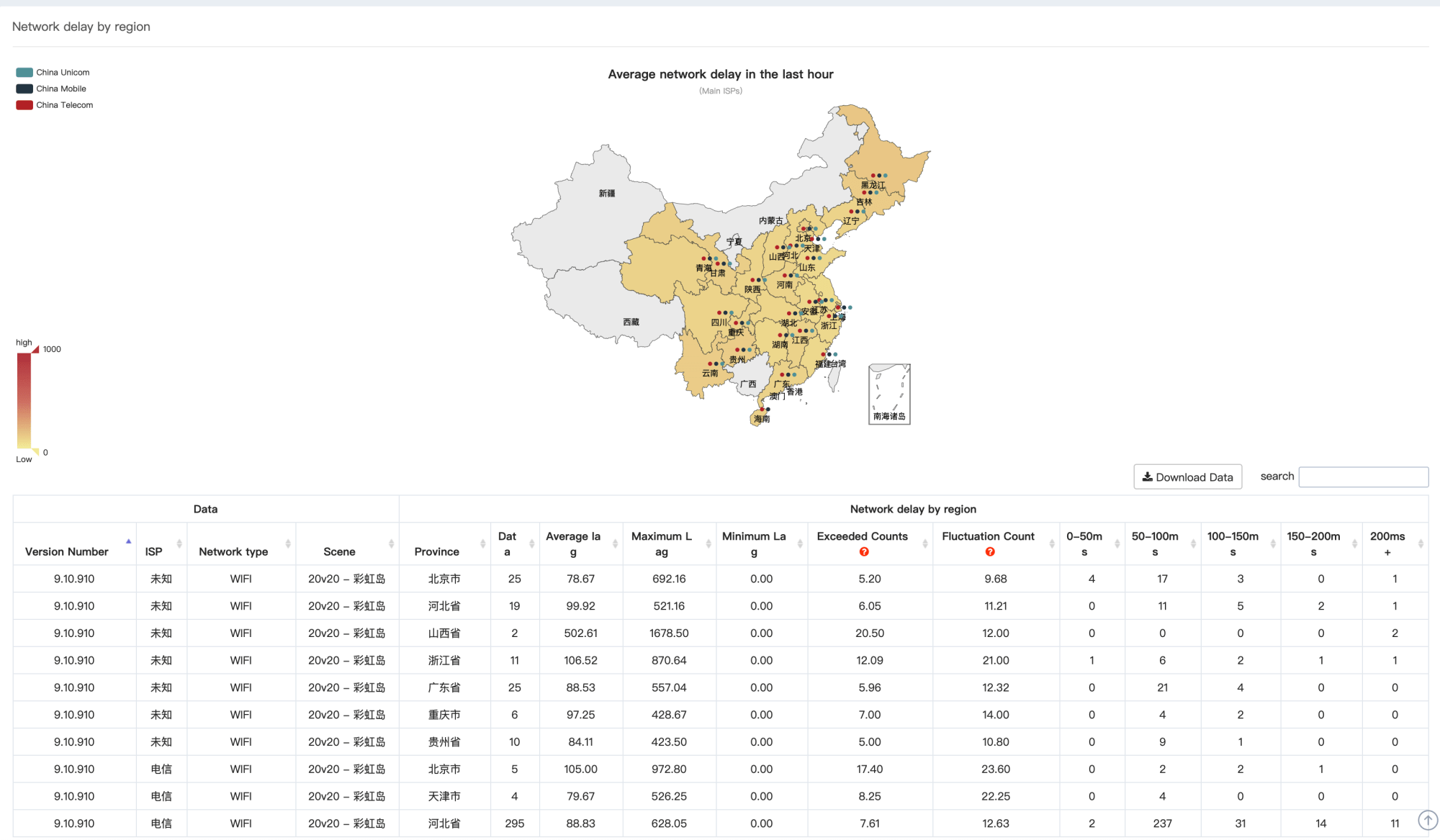 Shows the retention of models. The user determines whether there is a performance problem with the models that are abandoned quickly. 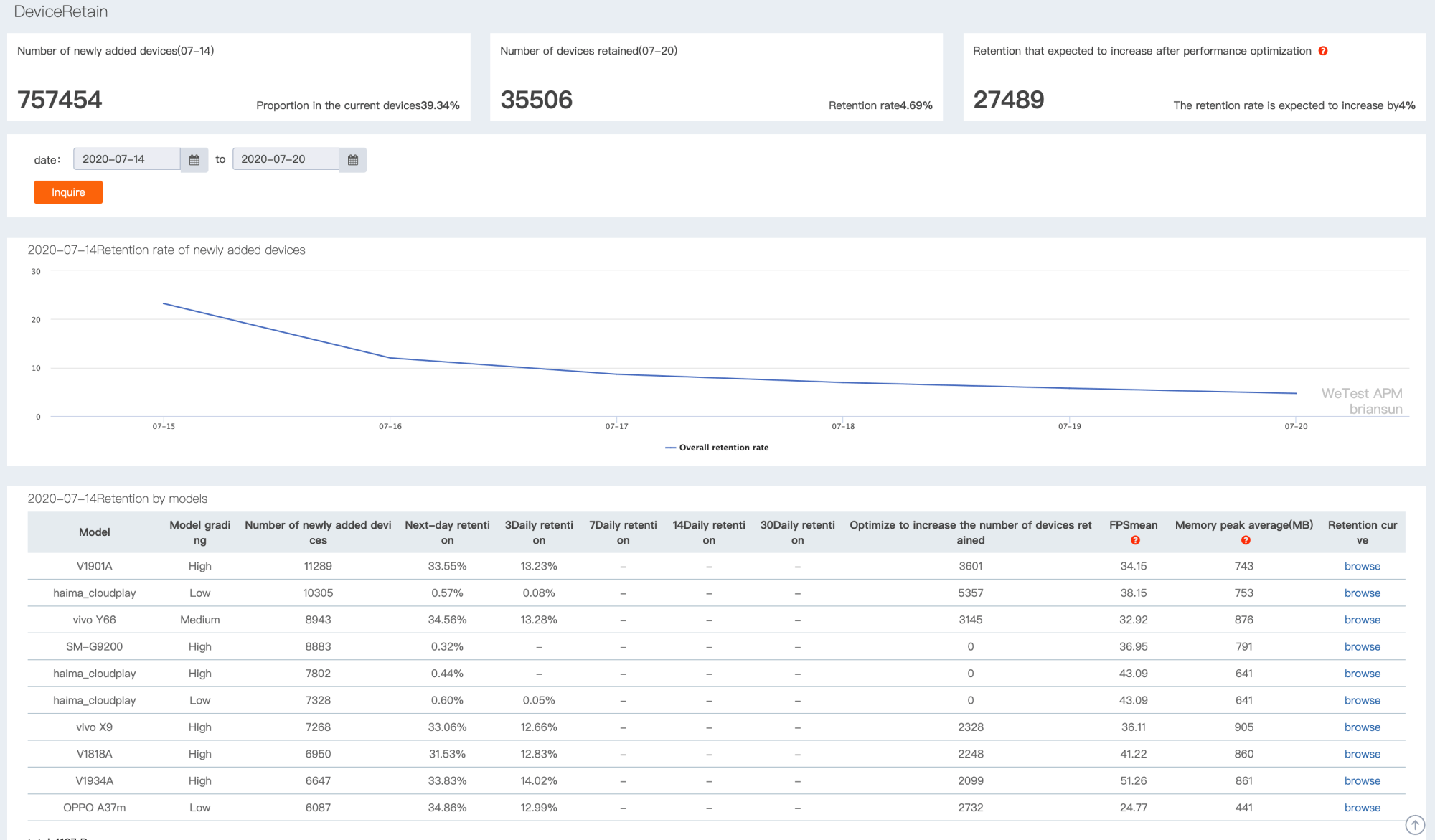 Project threshold configuration: setting the project monitoring threshold, which affects the data calculation and display of the page. 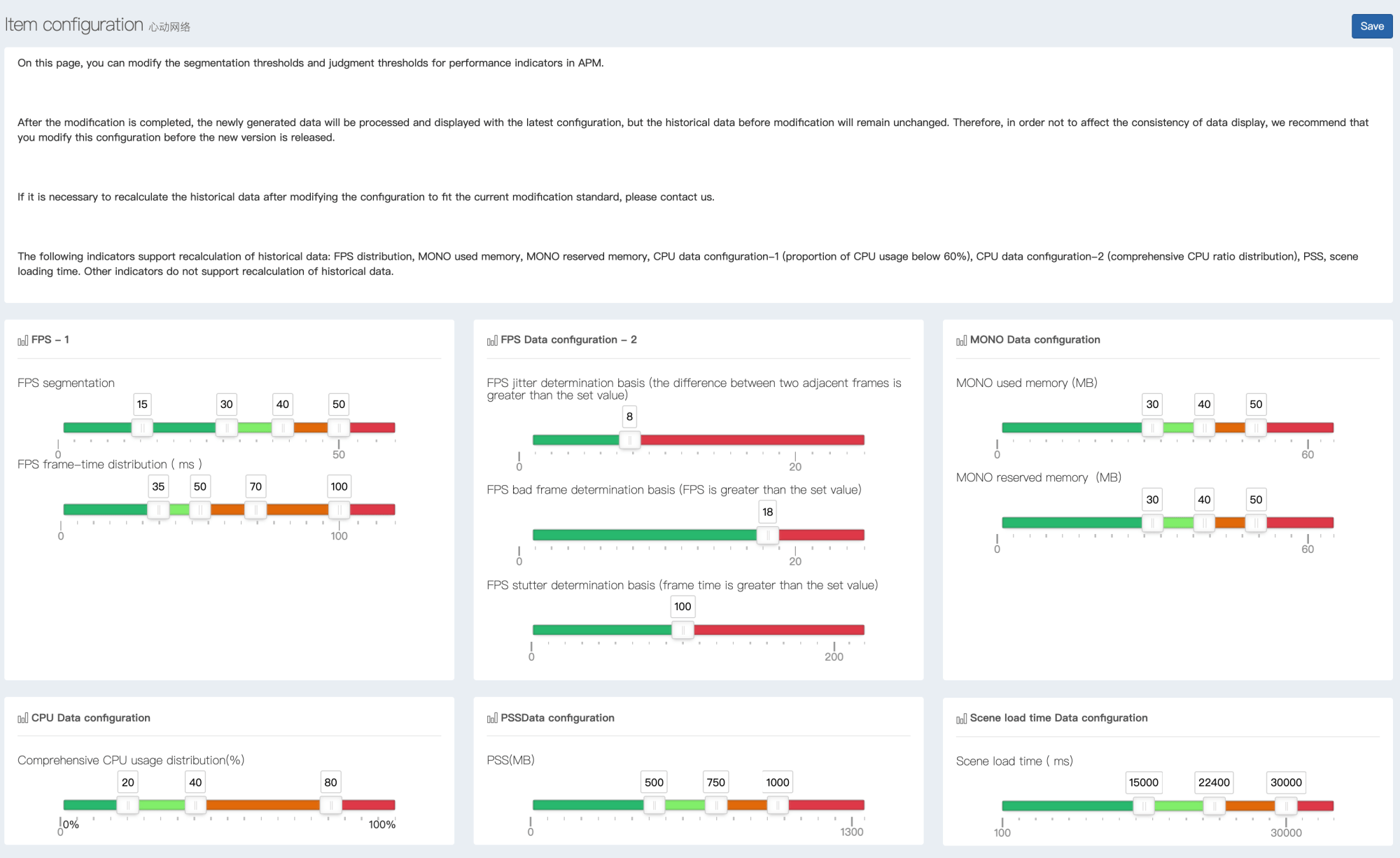 Alarm recipient configuration: setting the recipient list of the alarm email. Members on the list will receive an alarm message pushed by APM when there is a serious problem with project performance.